General Motors is transforming its business — and how it hires. Here’s how they’re doing it.

Two years ago, it took General Motors 5 days to schedule a single interview. Now, it takes their recruiters less than 30 minutes. Here's how GM did it, the impact it had on the business, and what's coming next. 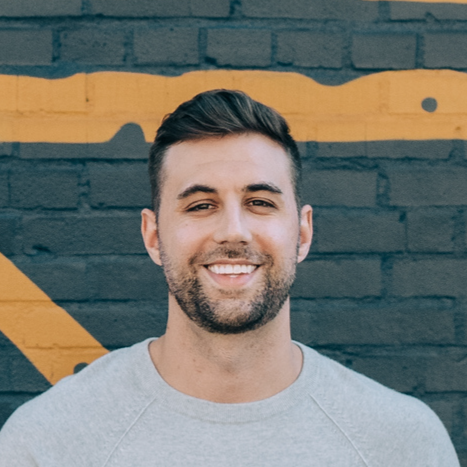 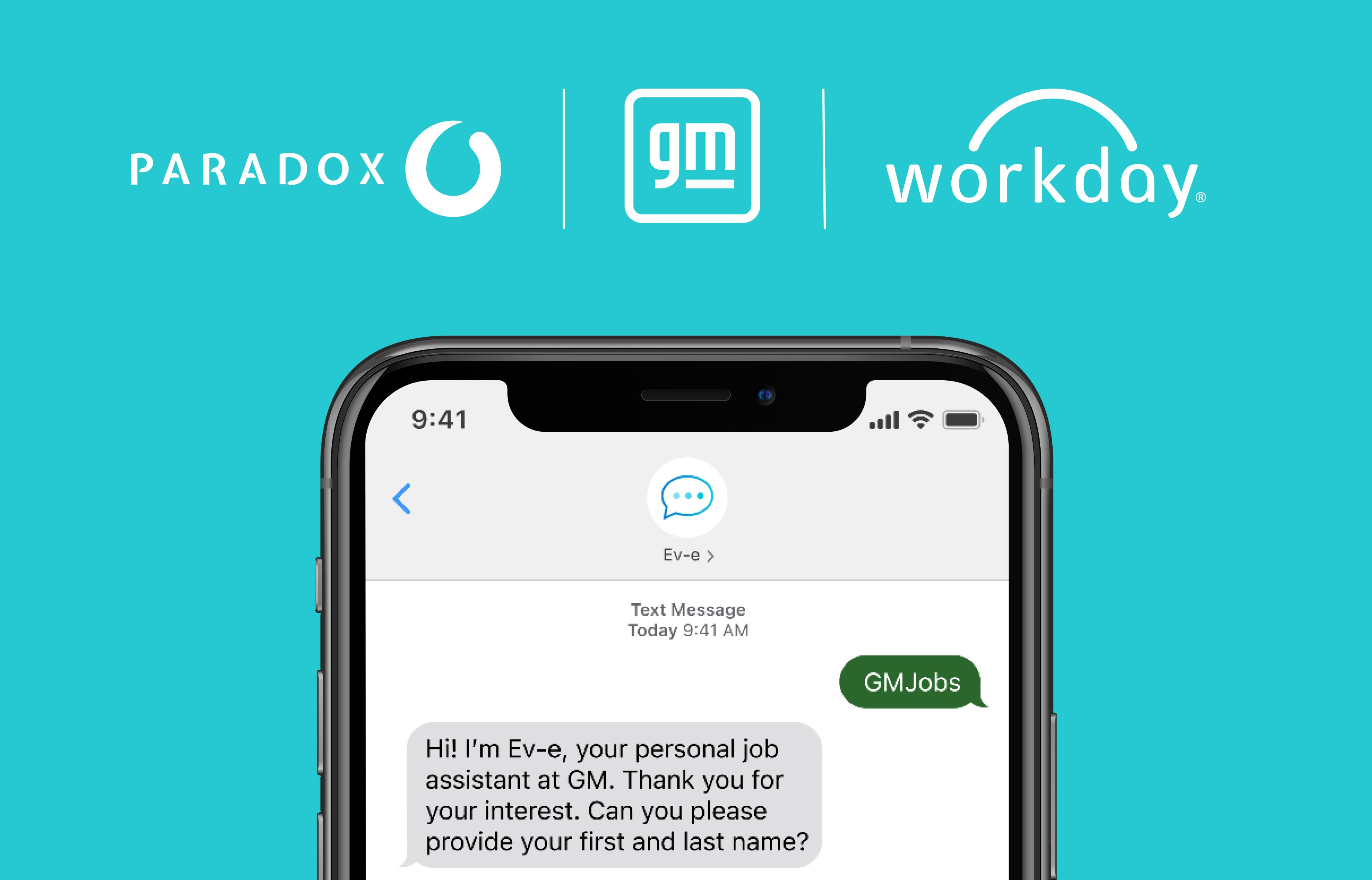 Every company talks about transformational change. Most simply add some buzzwords and values to their homepage. A select few actually achieve it. But this is something else entirely:

Investing $35 billion into creating an entirely electric car lineup and becoming the global leader in electric vehicles (EV) by 2035. That’s the goal General Motors has set for themselves — and it’s an enormous one. Effectively, they’re attempting to change the world in little over a decade.

If they get the “people thing” right.

“This isn’t just change for the sake of change, it’s change because we have to change,” said General Motors’ Head of Candidate Experience Eileen Kovalsky in a presentation at Workday Rising last month. “We see a future with zero crashes, zero emission, and zero congestion. It’s a very ambitious mission, but we think it’s totally achievable.

There’s a lot of poetic symmetry there — as GM is leading the charge on transforming standards within vehicle manufacturing, they’re doing the same for their hiring process (and given how notoriously stagnant talent acquisition has been, the latter feels like a comparably big challenge). And so GM’s transformation roadmap, while fairly linear, became elongated: change the hiring process, change the candidates, change the vehicles, then change the world.

Anyone who’s ever hired a single person — let alone thousands — knows that Step 1 isn’t exactly simple. Hiring is hard. Hiring the right people is even harder. Attempting to completely reimagine what hiring is and can be as you’re still actively trying to fill thousands of roles can feel impossible.

But GM made it possible by asking a single question.

“Back in 2016, we had a tedious, antiquated process,” Kovalsky said. “We asked candidates to create login after login, and insert their information here, here, and here. It wasn’t great. Who wants to do that? So in 2020 we made the decision to get rid of the multitude of technologies and consolidate to Workday as our HCM. That’s really been a game changer for us. But we knew there was a way to make this experience even better. So we asked ourselves:

Is there a way to actually automate this entire process — and create a better experience for everyone?”

‍Leveraging automation in hiring on top of Workday to ‘roll out the red carpet.’

Everybody knows GM. And that’s great. But with utter ubiquity comes a different set of challenges when it comes to hiring. GM didn’t have a candidate flow problem … they had a candidate management problem.

Most employers would probably say that having “too many candidates” is a pretty good problem to have; in reality, a surplus of candidates often turns into sort of a Russian Nesting Doll of issues, with one thing giving way to a multiplicity of more granular complications that compound on each other over time. For example:

On average, GM receives 1-2 million candidates per year. In an attempt to keep up, they were contracting over 55 recruiting coordinators whose sole job was to screen and schedule candidates — and yet it was still taking 5-7 days to schedule a single interview.

“And that was just to get the interview on the calendar,” Kovalsky said. “Forget about it if it had to be rescheduled three or four times. This was a long, arduous process.”

Kovalsky and her team began to imagine a world where those time-consuming admin tasks in hiring and recruiting, like screening and scheduling, were completely automated and removed from the workload of the overburdened recruiter; where each candidate received a white glove experience, every time.

“The candidates we need aren’t just sitting around waiting for us to pick them off the tree,” Kovalsky said. “We have to roll the red carpet out and entice them to come make a career change when they may not be looking.”

In November 2021, GM officially rolled out their red carpet in the form of Ev-e, a conversational recruiting assistant that could automate tasks via text or chat conversations. It looks like this:

With Ev-e, GM is now able to reach candidates immediately in the way that’s most convenient for them (whether it’s on their career site or via SMS or WhatsApp), with zero time investment from recruiters. And since Ev-e seamlessly integrates with Workday, candidate profiles are built in the HCM in real-time, accelerating time to hire. Qualified candidates are then instantly invited to schedule an interview around the recruiter’s calendar.

In under a year, GM has dramatically reduced headcount and saved millions, while hiring more people than ever.

There’s always two distinct ways to measure the impact of an implementation. The first is quantitative: what do the hard numbers say? For Kovalsky and General Motors, answering that question was easy. In the first 10 months utilizing Paradox with Workday:

Candidates have sent Ev-e over 10,000 “thank you” messages

On the other hand, what if you said forget the numbers? How is Ev-e affecting the people? What is their improved qualitative experience? What are those magical moments you can’t quite measure that actually add up to something much bigger?

“I had a recruiter call me and say, ‘hey I just wanted to share with you the impact Ev-e has made on my life,” Kovalsky said. “This recruiter had a very high req load, it typically took her hours or days to schedule phone screens. And she said, ‘This was amazing. I moved over 30 people to the phone screen status in Workday at about 5:30 at night, and I walked away to go feed my kids dinner which I don’t often have time to do, and when I came back 45 minutes later I had 30 confirmed phone screens on my calendar for the rest of the week. I’m sold.’

“So the adoption has been absolutely amazing. The recruiters are feeling that impact right away and it’s freeing them up to do more empowering work.”

At the end of the day, it’s all any of us really want in a job. As they leap headlong into their EV evolution, it’s what GM is promising every employee. Ev-e is simply serving as the bridge; the guide that helps two parties at opposite ends of the spectrum meet in the middle of a shared purpose.

By removing friction and tedious, time-consuming tasks, recruiters can focus fully on getting the “people thing” right. And candidates, meanwhile, are spared all the superfluous steps in a traditional hiring process, and are instead given an experience that they love — lightweight, conversational, and value-driven.

“I’ve been doing this for 25 years and we don’t usually get feedback unless something is broken,” Kovalsky said. “But we got an email from this candidate recently, and they said, ‘I have to commend you guys. I’m applying to some of the world's biggest tech companies and they might want to take a lesson from GM. Because this experience is nothing short of amazing.’”

If you are interested in watching Eileen Kovalsky and Paradox Founder Aaron Matos talk about how GM transformed their hiring process with automated scheduling, check out the full speaking session from Workday Rising 2022:
‍ 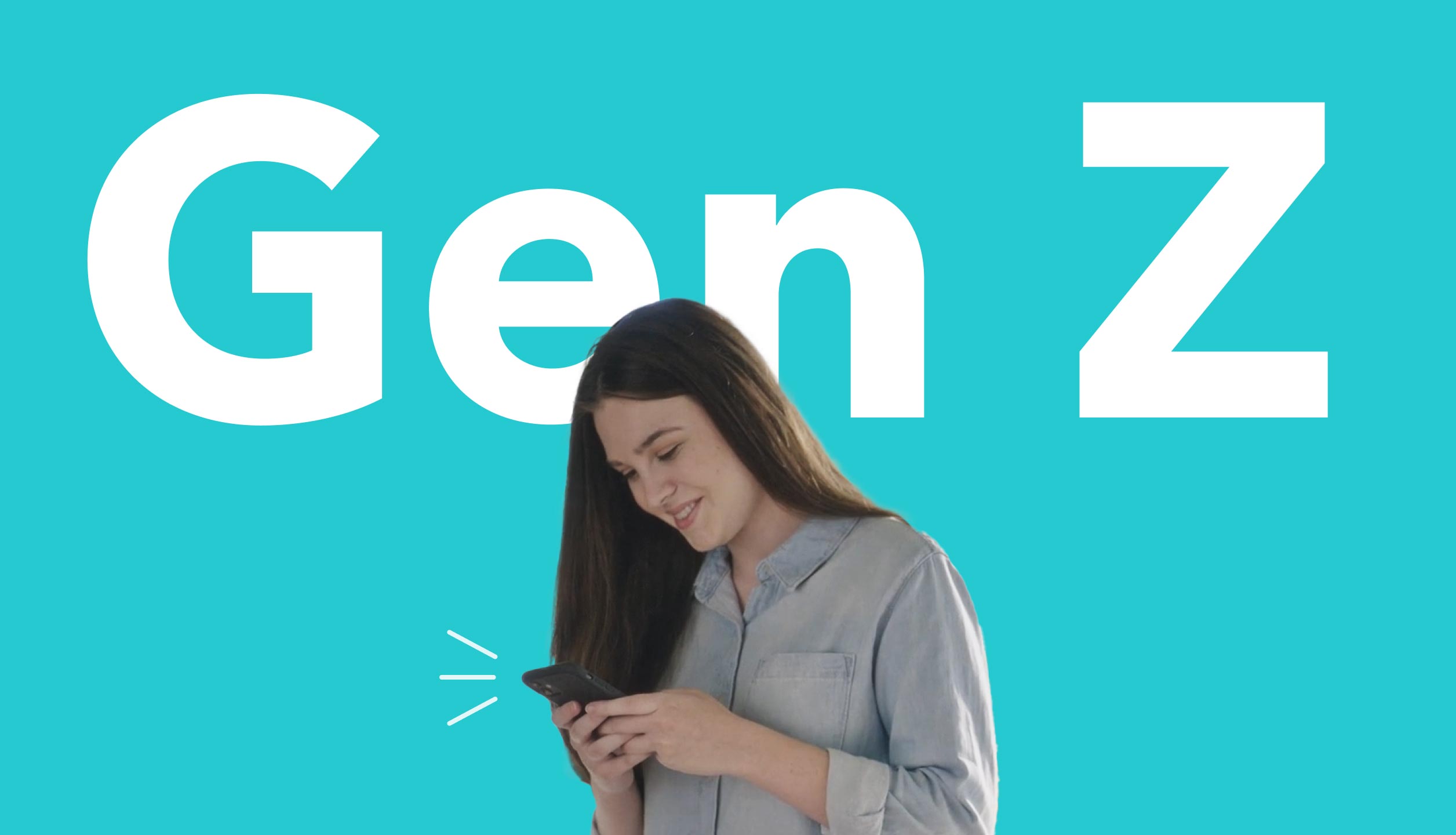 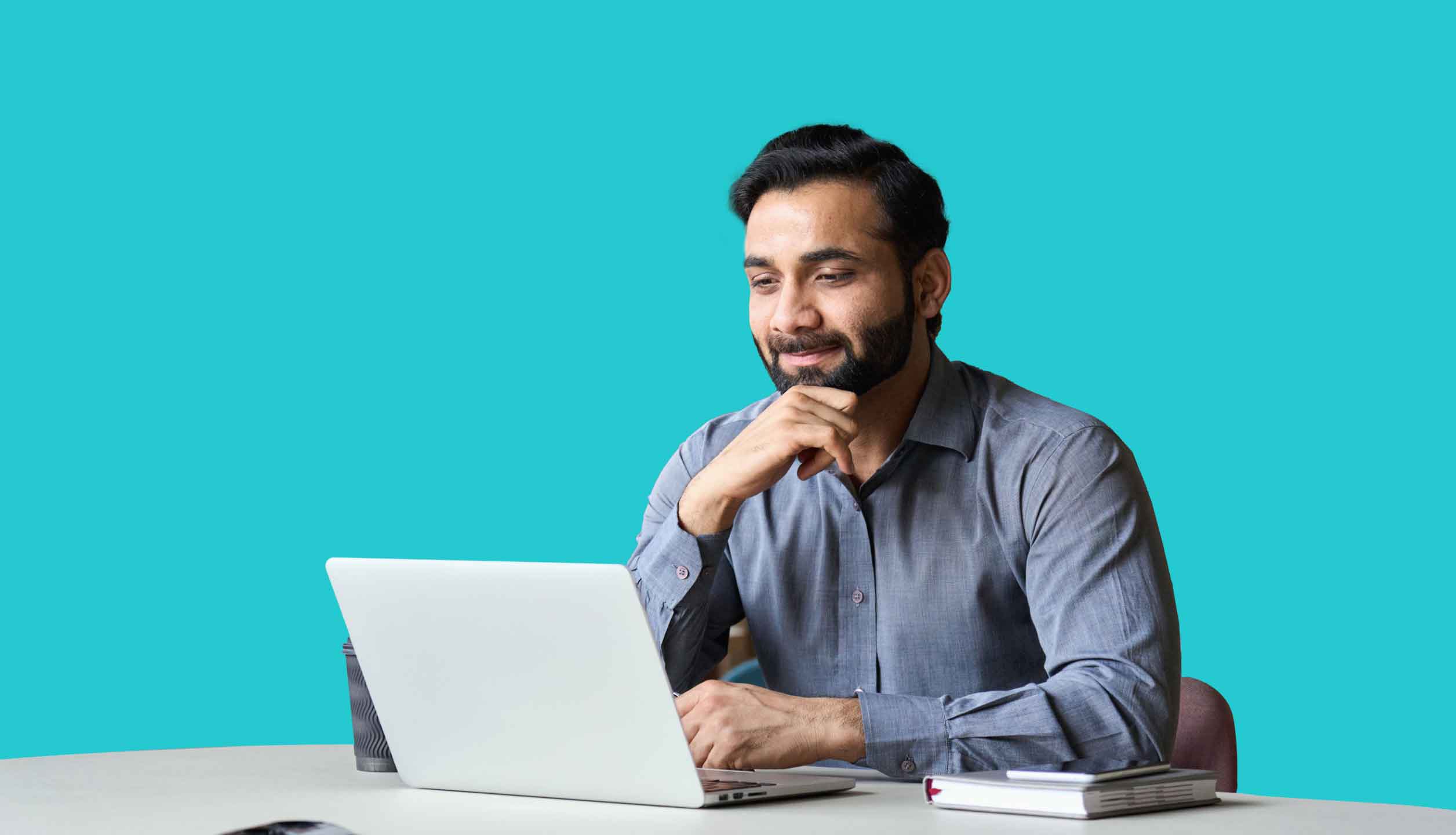 The best interview scheduling software responds to people, not the other way around. 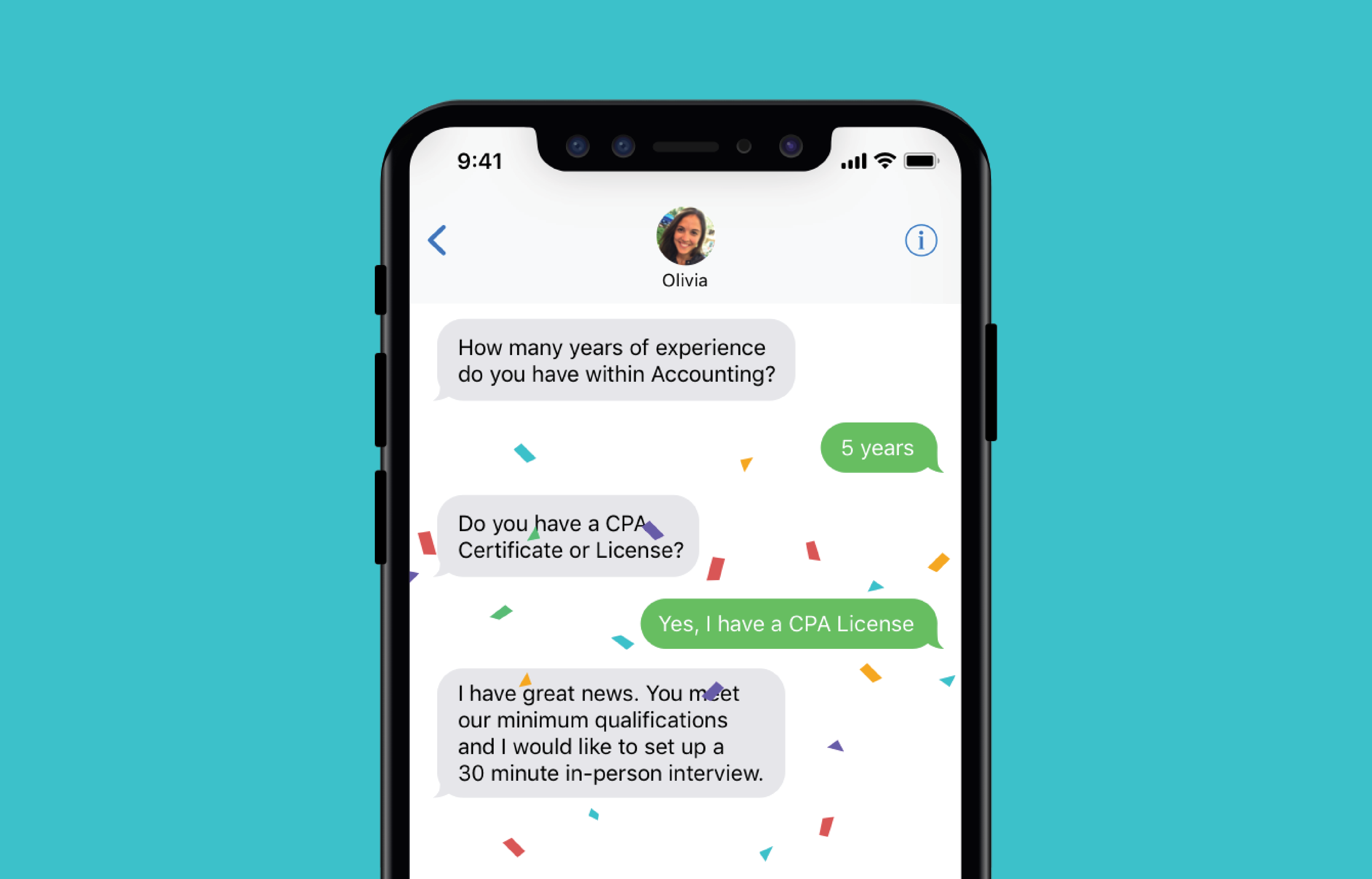 Recruiting automation software is nothing to be afraid of.