Our new Animated Assessment raises the standard for the candidate experience.

Paradox debuts the award-winning Animated Assessment, the result of a two-year research program with thousands of human participants. The product’s main character “Ash” enables candidates to see themselves reflected in the experience as they provide personality data. 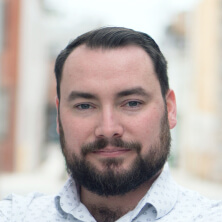 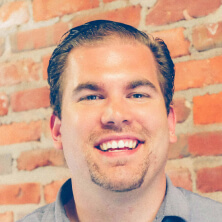 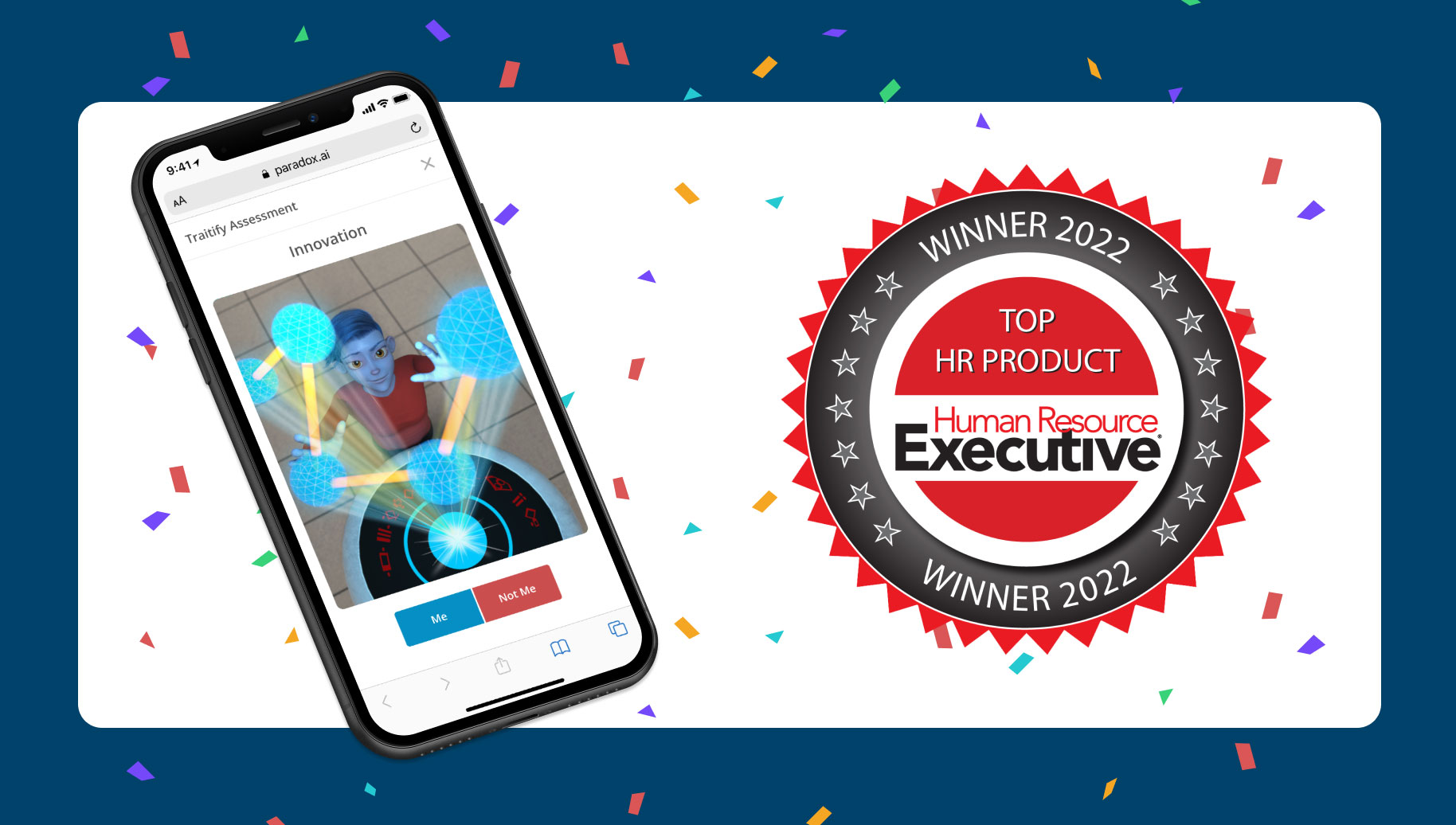 We’ve always believed in the power of a picture.

Over a decade ago, when we first set out to create a new class of assessments, we reminded ourselves of that old adage, “A picture is worth a thousand words.” Words alone, which traditional assessments had relied on, could only go so far. Add in images, and suddenly the candidate has a much quicker route to understanding. A person can process a visual image faster than they can blink.

But speed wasn’t the only advantage. We’ve always prided ourselves on providing a better, more engaging candidate experience through our recruitment personality assessment software. Our visual-based assessments have been completed more than 10 million times around the globe. Year after year, we’ve set the standard for completion rates.

Still, we knew we could kick this up another notch.

If a picture could be worth a “thousand words,” what would happen if those images were custom-made? What if they were data-driven? What if we paid close attention to every detail, tweaking a facial expression here and a gesture there? What if we aimed even higher, to try to create an assessment that would appeal to everyone, regardless of their background?

We knew we could get more out of every image. So we thought of it this way: Why stop at a “thousand words?”

That’s why we created our Animated Assessment featuring Ash, a new kind of character.

Feedback from thousands of people.

Given our longtime focus on the power of pictures, we knew that unsurpassed visual appeal would be a priority for the Animated Assessment. We also believed early on that our objectives would be easier if we structured this new assessment around a simplified “story line” with a single character appearing throughout. Then came that key must-have: The character had to be an inclusive and relatable guide for everyone. A vital way we tackled that was to envision a figure who would be seen by the majority as ambiguous with respect to race/ethnicity, gender, and age.

To do this, we assembled a first-of-its-kind team. We shared our vision with an in-house group of behavioral scientists, product experts, designers, and visual artists. Together, we began what would become a 24-month collaboration to bring that vision to life. People are at the heart of all our products, so we wanted to learn from them along the way. Our team responded at every turn to the data we collected from individuals of numerous racial and ethnic backgrounds, generations, gender identities, and education levels — about 5,000 study participants in all.

Through that obsessive focus on what everyday people had to say, Ash emerged: an engaging, easy-to-like character in whom job-seekers can see themselves. And when they see themselves in an assessment experience, candidates are better able to tell you who they are.

You won’t believe what happened next.

Did our study results show that we succeeded in our core objectives? When asked to indicate the race of Ash, more than a quarter of study respondents chose the response “Can’t tell,” the most frequent selection. Results were similarly strong on other variables. Respondents guessed a range of ages for Ash, and put the character right in the middle of feminine and masculine.

But our results also uncovered something particularly striking. We discovered that there’s more to Ash than simply being ambiguous in demographic categories.

Very few people look at Ash and see a member of a race other than their own.

When people did not select “Can’t Tell” or said that Ash has “No Race”, and instead told us Ash’s race, what was their most common choice?

It was a remarkable breakthrough. Very few people look at Ash and see a member of a race other than their own. In fact, in one of our studies involving over 800 participants, 81.4% of people saw Ash as either their own race, an indiscernible race, or no race at all. Across two large participant samples, we found that more than two times out of three, when people guess a race for Ash, they select their own race.

The Animated Assessment: our latest Top Product of the Year.

The end result of this data-driven process is Paradox’s new Animated Assessment, named the winner of this year’s HR Executive Top Product of the Year award. Aligned with our original vision, the assessment follows Ash through everyday life scenes, from leisure time with friends to working on chores. Like its predecessor, it has a simple goal: to provide a quick and easy measure of the “Big Five” dimensions of personality. With a simple choice of “Me” or “Not Me” for each scene, the Animated Assessment lets candidates easily provide a wealth of personality data in minutes.

Too often, candidates have to endure tedious steps to get through a job application. And let’s be honest with ourselves: How well do we communicate to candidates that anyone cares about who they are? There are still assessments that are time-consuming, convoluted, and apt to stir up some anxiety.

When an organization instead has a candidate-centered approach to communication, you are no longer just another name, number, and email address. Ash accompanies you through the experience of telling the hiring managers about yourself, and suddenly the process is humanized. It’s visually entertaining. And it’s fun. That makes for an elevated candidate experience in the recruitment process that is not only far more informative and efficient for the professionals doing the hiring, it’s much more fulfilling for candidates. The message that results for the candidate is just as we had hoped: Ash is for you.

For organizations, the Animated Assessment offers another major advantage: you can make the product yours, too. The in-house multidisciplinary team behind the world of Ash has the ability to create a version of that world that is yours alone. From logos to products to color schemes, Ash’s life can artfully integrate elements of an organization’s preferred look and feel. That helps communicate a sense of intentionality behind the candidate experience you provide. And it further boosts your brand — not just your products and services, but your reputation as an organization that puts a high priority on its people.

Your candidates deserve this.

While we all use that term “candidate experience” a lot, it can be easy to lose touch with the real people out there seeking a job offer.

The highly focused young mother with troubleshooting skills. The determined new graduate with a knack for number-crunching. The lively talker who feels like everyone’s old friend. They were all the people on our minds when we first began to dream of Ash.

Your candidates deserve to have Ash along for the ride. As we’ve brought Ash to life, we’ve sharpened our belief that processes designed for anyone can nevertheless fit just right, no matter who you are.

Ash invites you to the future. It’s an invitation for everyone.

Written by
Dan Sines
,
VP of Product, Traitify by Paradox

Daniel Sines believes in the power of human-centered design, which led him to create the first-ever patented, visual-based personality assessment format with co-founder Josh Spears. In use today by some of the world’s leading high-volume hiring companies, this has become Traitify by Paradox. Acquired by Paradox in 2021, its simple, smart, and speedy talent assessments provide actionable human insight for HR while meeting the needs of the modern candidate and employee experience.

Josh Spears is an entrepreneur and tech business leader obsessed with product design and user experience. Josh co-founded Traitify with Dan Sines, and is always working to make sure the platform is the fastest, most delightful, and accessible experience for everyone. Acquired by Paradox in 2021, Traitify brings the power of actionable human insight to employers, job seekers, and employees alike, to better understand themselves, their environments, and how to perform their best.

Blog
Future of Work
3 min read
What to consider in recruitment technology for 2023.

Blog
Future of Work
5 min read
General Motors is transforming its business — and how it hires. Here’s how they’re doing it.